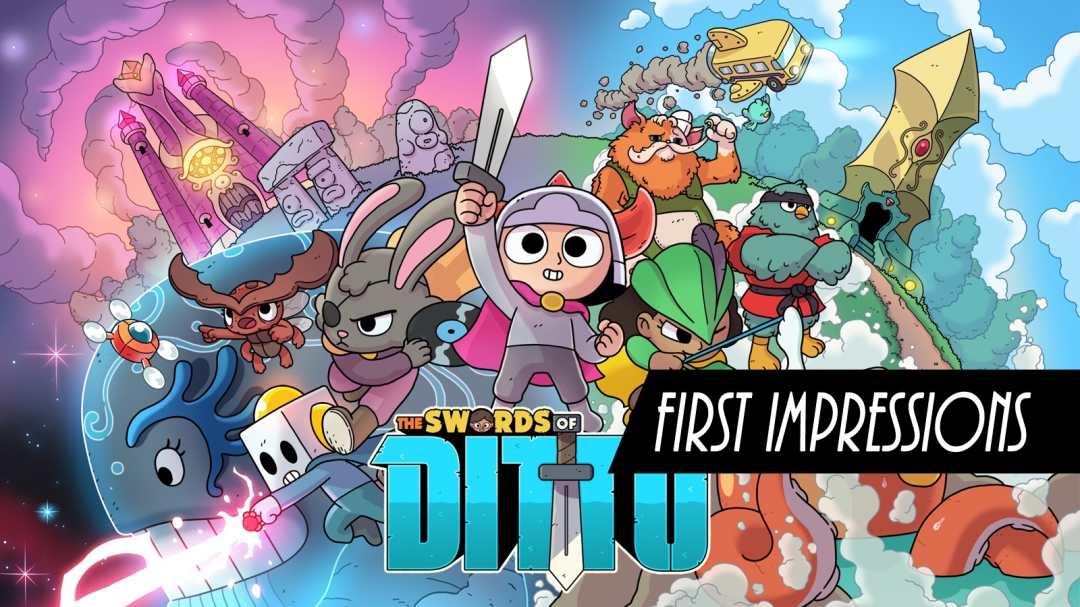 First Impressions – The Swords Of Ditto

TL;DR? Download and listen to the audio version of this article on iTunes and PodBean! sure to subscribe to automatically receive new audio versions of written content.

Comparing games to either Zelda or roguelites has become a bit hackneyed but that about sums up The Swords of Ditto. As a hero chosen to wield a mythical sword, you’re pre-destined to liberate the land of Ditto from the evil Mormo–on paper, at least. Though Mormo absolutely must fall by the blade of the sword, the warrior dealing the blow isn’t set in stone.

That’s due to the game’s unique take on permadeath. Instead of immediately respawning, time advances 100 years until a new “chosen” hero comes to light. Not only that, but Mormo’s grip on Ditto seemingly tightens during this time. Monsters are more numerous and the land feels darker overall. This idea adds a potent sting to death outside of having to restart from near-scratch. I’ve lost four heroes so far (meaning the poor citizens have remained under Mormo’s thumb for 400 years) and I’ve been surprised at how attached I grew to most of them. It’s genuinely deflating to christen your next hero as “the one” only for him or her to bite the dust, dooming Ditto to another era of darkness.

The twists don’t end there. A ticking clock allows four days of preparation time before the clash against Mormo. Getting ready involves weakening the villain’s strength, and increasing your own, by completing dungeons and gaining new equipment. The game also presents the option of skipping this period entirely and challenging Mormo from the outset. Thus far, the clock hasn’t felt restrictive–probably because my setbacks haven’t had anything to do with the time limit.

The Swords of Ditto is a deceptively challenging game. Deaths have been caused by unexpectedly hard-hitting enemies or by succumbing to large swarms of them. I’ve mostly enjoyed the challenge, but tolerance depends on your willingness to regularly start the game anew. Despite going in fully aware of its roguelite elements, the charming presentation still managed to disarm me. Ditto’s cutsey, vibrant art direction reminds me of illustrated children’s book come to life. It looks great and stands as one of the game’s strongest elements.

Just don’t let the presentation fool you into thinking it’s a cakewalk. 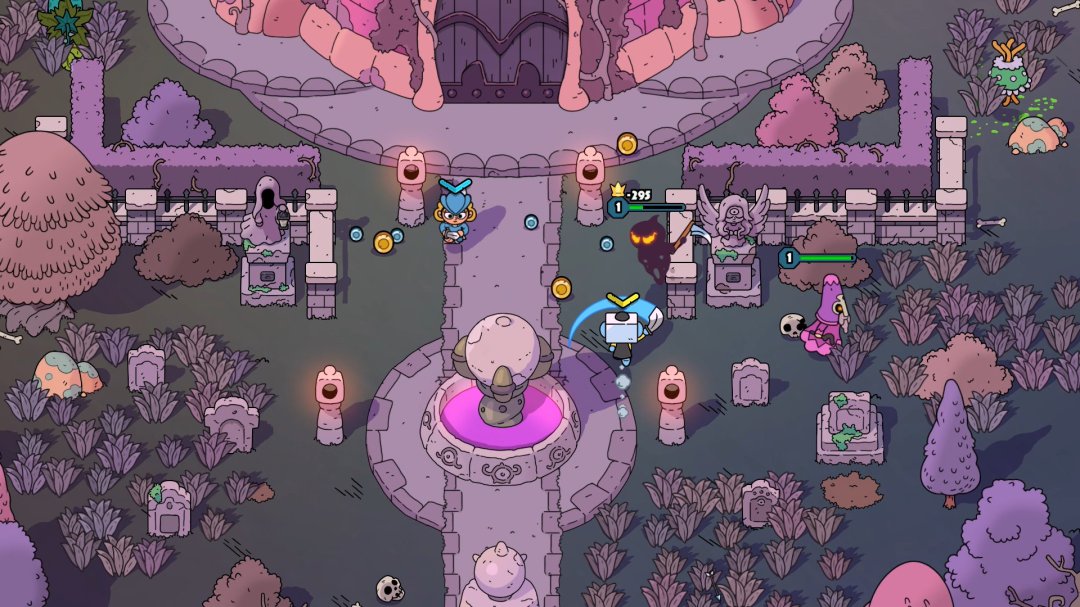 Items such as stat-improving stickers get wiped with each death. If you want that defense-raising championship belt sticker again you’ll have to rebuy it on your next go-around. Annoying, but that’s par the course for this sort of game. What shouldn’t be, however, is having to re-map hotkeyed items at the start of each run. Considering each character begins with the same starting equipment, I see no reason for undoing my button shortcuts. I’ve quickly grown tired of putting things back where I like them.

Thankfully, your wallet and sword level remain persistent. However, enemy levels scales closely with the character, making my improvement feel less satisfying than I would like. Your avatar also takes any active side-quests with them to the grave. This makes sense given that the guy who asked you to kill 10 zombies would have died by the time the next hero comes around. I like the urgency this brings to completing quests, though gathering new missions at the start of each playthrough can feel tedious.

Another not-so-great thing is the somewhat slow movement speed. Walking around feels like more of a chore than it should because of this. A faster roll maneuver helps speed things along a bit, but I hope there’s an item or power-up that makes the hero pick up the pace. I’ve also encountered a few framerate drops. Most notably, the game once slowed to a near crash while activating a fast-travel station.

The dungeons I’ve played have been enjoyable enough. Most of them rely on activating switches that trigger red/blue barriers. So far nothing I’ve seen has breached beyond familiar tropes like clearing a combat room or lighting torches to open a door. On the flip side, stumbling upon secret rooms, shrines, and collectibles in the overworld have kept exploration engaging.

I’m having fun with The Swords of Ditto, but I’m realizing it may be best played in shorter bursts  By that, I mean going through heroes in rapid succession can take a toll. I can only make the same trip to retrieve the sword and repurchase my items so many times before my patience wanes. Completing my first dungeon stands as my primary motivation, but the more I discover, the more I want to see if I have what it takes to finally bring down Mormo for good.