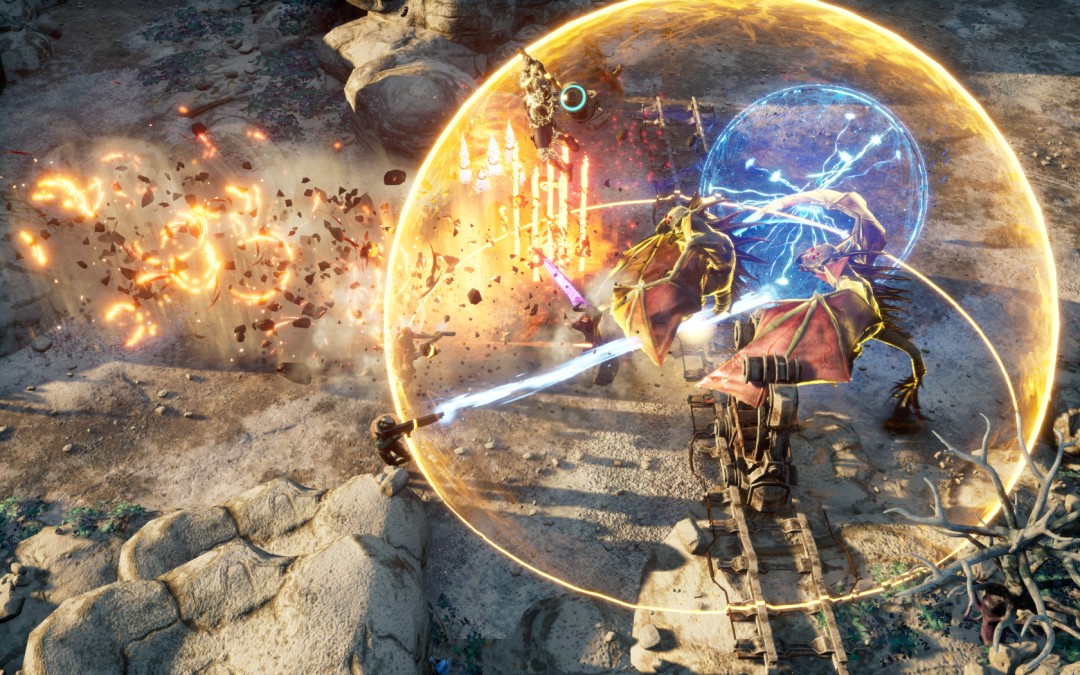 Here’s another preview for a game I played at E3. Killsquad is one of many games I played at Indie Cade. It’s a cooperative action RPG with a triple-A production that surprised and impressed me. As always I’ve included the preview’s opening paragraph to provided a taste of the full article, which you can find linked at the end.

Fans of Diablo-esque dungeon crawlers should keep their eye on Killsquad. Dubbed a “hardcore” action RPG by developer Novarama, the game is set in the distant future where mega corporations control the galaxy. These entities maintain control by dispatching teams of bounty hunters, called Killsquads, to raid planets for resources. Killsquad pushes the action side of the genre to create an exciting and thus far enjoyable romp (FULL ARTICLE)