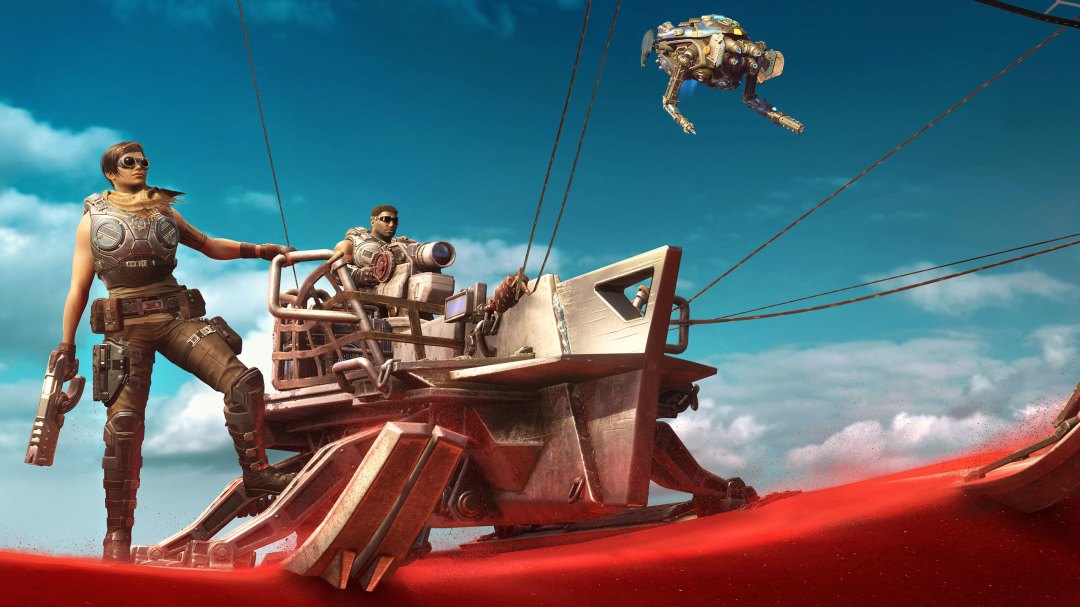 The Gears of War franchise has always felt like the video game equivalent to one of my favorite bands, AC/DC. The Australian rock titans stand as one of the greatest acts ever despite rarely altering their sound or general style over their decades long career. If you’ve heard one AC/DC album you’ve basically heard them all, and while other acts can’t get away with that conformity, AC/DC somehow gets a pass perhaps simply because of how fun their style is. Gears feels the same way, with each entry largely sticking to its tried-and-true cover-based shooting and only making incremental changes along the way.

That’s been fine by me. Other franchises benefit from dramatic shake-ups but Gears always felt like it didn’t necessarily need all that. Sure, Gears of War 3 began expanding the color palette beyond fifty shades of brown, and the fourth game jumped decades into the future and made it rain death on players. Even then the games still felt like newer versions of the same song I happily danced too.

The Coalition talked a big game discussing what Gears 5 would bring to the table: Kait Diaz as the protagonist, explorable open areas, and revamped multiplayer offerings to name a few. That all sounded great. So long as the core remained “more Gears”, everything new was just the cherry on top. But Gears 5 brings two additions that, for the first time, made me rethink the Gears’ formula more than any new monstrosity or maelstrom has. In turn, they’ve now positioned the sixth game (Judgment happened too) as my favorite in the series. I’m talking about Jack and the Skiff

Let’s start with Jack. The little robot that could has floated around since the first entry, but Gears 5 has expanded his repertoire in unexpectedly fun ways. When I’m pinned down during a firefight, sending Jack to retrieve distant weapons and ammo is a godsend. Having him zap concealed enemies out of their cover never gets old, especially when enhanced with a flash freeze effect. His abilities add a thoughtful and fun layer of strategy to the classic firefights that I didn’t know I wanted. Jack also dramatically shakes up how encounters can play out. I throw up a shield and charge in guns blazing or cloak the crew and silently pick foes off instead?

I almost feel bad because I initially scoffed at the idea of Jack having a larger presence. At best I expected the robot formerly known as “the door-opening thing” to prove little more than “nifty”. At worst he’d be an annoying accessory shoehorned into every facet of the game in a similar manner to, say, Arkham Knight’s Batmobile. I mean, Jack kind of is all over the place, but it works in this case. He’s an invaluable asset; a true member of the team that has turned the tides of battles–and saved my hide–on multiple occasions. 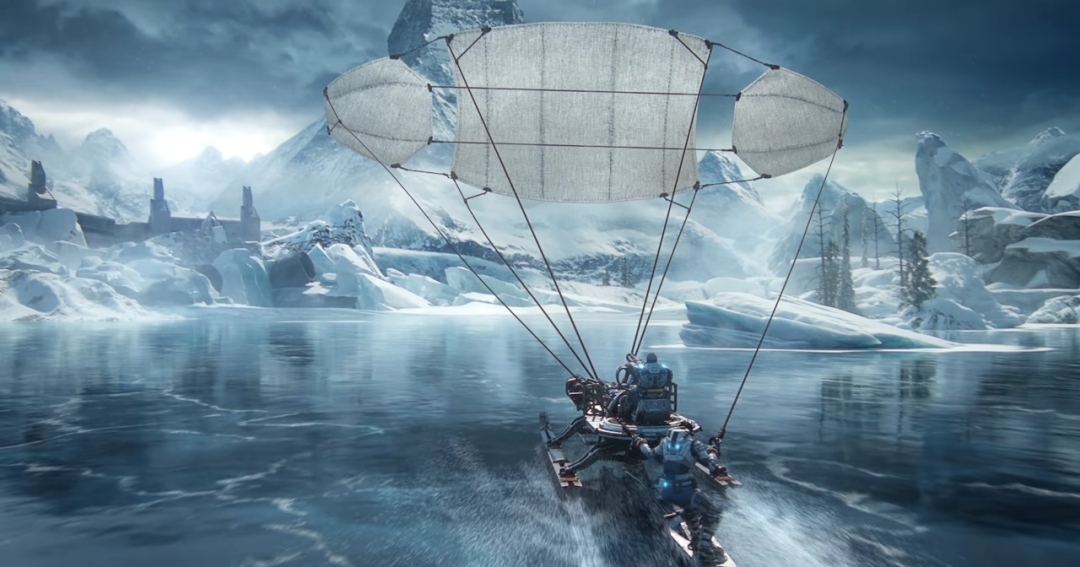 Gears 5’s other mechanical wonder is the Skiff, the windglider/sled/ski thingamabob players use to explore the open-ish worlds. Piloting the skiff is a blast. It controls smoothly and has a wonderful sense of speed. You can even store weapons on it. Admittedly, I always forgot about that feature and never actually took advantage of, but it’s awesome nonetheless.

Frankly, the Skiff feels like something Borderlands should have concocted instead. It makes exploring the otherwise by-the-numbers open areas more engaging than they probably deserve. Although the side missions themselves are enjoyable, the world itself lacks anything to do in between them. You’re just cruising around beautiful yet barren zones save for one exciting windflare sequence. If nothing else, just zipping around offers refreshing breaks from the balls-to-the-wall action. I also enjoy the character-building moments that occur during these trips as the party banters about the situation at hand. It’s also worth noting that Skiff exploration rewards crucial upgrade components for Jack. That’s right, the game’s two best features work hand-in-hand with each other.

Gears 5 did plenty of other things to propel it to my favorite in the series. It’s drop-dead gorgeous, the combat remains stupidly fun, and the entertaining story takes surprising turns. I haven’t even touched the new Horde mode or had the giddy pleasure of controlling a Lancer-wielding Batista. Yet somehow a little robot and a sled manage to win my heart more than any super weapon or giant monster. I anxiously await the evolution of these two fantastic ideas in an eventual Gears 6.